I listen to Marc Maron’s podcast called WTF two to three times a week. He interviews comedians mostly but also all sorts of creative types including musicians (Keith Richards and James Taylor were two particularly good recent installments), playwrites, writers, actors, visual artists, record producers, magazine editors and screenwriters. Besides his quirky “I’m an asshole” style – which I find fascinating – he talks to people for 60-90 minutes a shot usually in his garage in LA and tends to go deep into family history to see if he can figure out what makes people tick creatively – of course all filtered through his own neurotic lens. He does not do short interviews. Oh yeah he recently interviewed Obama.

His interview with Annie Baker a Pulitzer prize-winning playwriter, on 10/12 was an interesting one. I found her mostly annoying but I also thought she had some thought-provoking things to say about writing that I was mostly able to hear through my own annoyance. She said she couldn’t write about her life or the people she knew because it was too close to home – that she needed distance from them. Maron’s comedy is mainly derived from his family and those he knows with no distance from his version of the truth whatsoever so the contrast was interesting.

It made me think about the old trope, ‘write what you know.’ I believe everyone writes from what they know (how could you not, it has to come from somewhere in you, right?), only some distance themselves from it to some degree and some don’t. As an example, in the book I’m writing now I had the following in mind:

When I was 13 I saw a guy put a hit on a bully in the hall right down from my locker. I believe I was the only witness. The bully’s name was Brad and he stole kids lunches in the hall, tipped their books onto the floor, and burned their lockers – you know, the usual. He stole my lunch once. I can still picture him running down the hall, meat loaf sandwich-stained lunch-bag in tow, his long hair flying in the air behind him as he ran past. He was left-back-one-year big. I didn’t have him in any classes but I knew him. We all did. He set fire to my friend’s locker two or three times a week, every week. He never got caught but we all knew he was the one who did it.

I played football with the guy who ‘hit’ him . His name was Michael. He was big, quiet, and scared people just by walking into a room. We both played linebacker on the football team, me the small blitzing LB, him the hulking plug-up-the-hole LB. We never talked.

One day I heard someone paid him $20 to  put a ‘hit’ on Brad. The hit consisted of running into Brad and throwing him against the wall, punching him in the face and ribs. I saw it. Michael took him out quickly and efficiently without saying a word, then he left. I left too. As teachers arrived I slipped down the stairs.

I started this book 9 years ago with this scene in my head, and the scene of the protagonist in the principle’s office right after Michael takes Brad out, on paper. The protagonist refuses to tell the principal what he saw happen. The novel starts with this question and one step away from the reality of what occurred. The scene was three pages, maybe 500 words.

So to me everything happens from real life only the characters, as they come to life on the page and in my head, change things. They distance themselves from what happened to some degree, some of the time.

Here’s a few of my recent favorite WTF interviews: 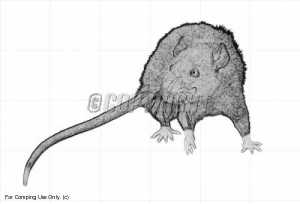