A Gunslinger Walks Into a Bar…

I’ve got a guest post up on Gotteenfiction today on facing the blank page – a feelings perspective.

Once I was conducting a training of trainers in Dallas on a Cultural Proficiency Course for court and treatment practitioners and a judge got fed up with me asking the process questions, “How did that exercise make you feel?” and “What did you notice about yourself during the exercise?” When I asked, yet again, after another experiential exercise that needed processing these same two questions, he stood up, slapped his hand onto his table, and said, “I don’t care how I feel. I don’t care how you feel. And I’m sick and tired of you asking us that question. And… I noticed that I’m getting more and more irritated when you ask.”

Now he was a judge.

And I was in Dallas. 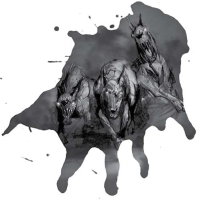 Q is for Questions

It’s late and I have had a cold for three days that has masqueraded as an allergy. Don’t you hate when that happens? I’m sitting with a tissue stuck in my nose. If you know me you know that means there is a prodigious tissue in front of my face , just below eye level. They don’t call me The Nose for nothing.

Socrates was a Greek thinker from ancient times, a real smart dude who had a method (the Socratic method) of thinking that has been taken on by teachers worldwide – at least those who believe in having their students listen, think, respond.

Writers are great thinkers. If you write you are exercising your mind – asking questions of the universe great and small. Some through fictional enquiries and some through essays, some through the retelling of what has already happened and placing your perceptual imprint on it.

We ask questions of our selves and of the worlds we create, reflections or mirror images of what we see and perceive around us. I think one of the reasons writing is so hard is because of the amount of thinking required. So much has to live within our minds then get translated into words and placed on paper. It’s easier to let the mind run the way it wants to, harder to rein it in, even harder to make it think.

When my son writes I watch as small light bulbs go on across his forehead, some colored green and purple, others colored bright pink and orange- some the shape of sausages. He’s asking himself questions and answering them for himself, one after the other, maybe even taking a bite or two.

What questions lead you forward when you write?

For a look at the answers to my interview questions for Amalie Howard, author of Bloodspell, take a look at this link and see what colored lights go on around her head.

Go on over to check out my writing prompt and post on Triffids and Tribbles. Has anyone actually read The Day of the Triffids by John Wyndham? My 12th grade English teacher read it out loud to us in a sci/fi writing elective class and I loved it. It’s a classic end of the world story from the 1950’s about walking talking, hungry seven foot tall plants.