The only book in order is my top choice for the year and one of my favorite of all time (I know its only been out a few months but I read it over two years ago and it rocked my world then and continues to so do or do so or doe-si-doe). The rest are arranged in the order that I thought of them.

Winger, by Andrew Smith. This is a great book that perfectly captures the voice of adolescence. Ryan Dean’s voice is wonderful and authentic and did I mention there’s rugby in the book? Everyone should read this book. It is poetic and brutally powerful.

The Chaos Walking Trilogy, by Patrick Ness (including The Knife of Never Letting Go, The Ask and the Answer, and Monsters of Men). I’m cheating. This is three books but they really are one epic science fiction story that will make you cry and break your heart and keep you turning the pages right up until the end. This is how great sociological science fiction is written. And it happens to be a YA book. The gender politics (everyone can hear what men think but nobody can hear what women think) and the commentary on the nature of being human cuts through you right from the beginning. Then there’s the alien race and consciousness. Wow.

Railsea, by China Miéville. I have to say right from the start that this author is not everyone’s cup of tea and… I read another book by him that I liked and another that I couldn’t finish (rare for me). What does this mean? The language is difficult to get the hang of but once I did I really found this story of White Whale hunting and metaphor mapping to be a wonder. But the language… stay with it. I found it an original work of really great and unique science fiction.

11/22/63, by Stephen King. Two friends recommended this to me. I held off until I was ready to travel to Seattle and had 5 hours on a plane facing me there and 5 hours back. So… I have to say this is vintage King writing historical fiction with a vengeance. I loved the main character and would have followed him anywhere after the first couple of pages. Early hook, King never let me go. Time travel, butterfly effect, the 1960s (I was born in 61) all used to good effect. I was sad to see this one end and I’ve recommended to everyone I know since. It’s a long novel and that is a very good thing.

The Wind Through the Keyhole, by Stephen King. First know that I love a good western and I love the Dark Tower Series. Given that then you can understand why I loved this King coming of age again story. It is chilling and beautifully written.

Out of my Mind, by Sharon Draper. The story of a disabled child stuck in a wheel chair, unable to speak or communicate yet incredibly smart and aware of what’s going on around her and nobody knows it. This story is so powerful. It’s told from inside the young girl’s head, how she sees and knows the world rather than  from the outside in and this makes the experience raw and challenging. I especially liked the ending and its realistic, no Disney fireworks conclusion.

The Dust of a Hundred Dogs, by A.S. King. Reality Boy was terrific too (so I’ll sneak in a quick recommendation as A.S. King rocks with all her books) but I have to tell you Dust of 100 dogs just rocked my boat. I’m a sucker for a western but I’m also a bigger sucker for a pirate story. And this is a love story also! This is told from the protagonist’s point of view from three unique angles (many dogs perspectives, a modern-day teenager, and a pirate from the days of swashbuckling). This is not a story for the squeamish (rape and pillaging abound) but man did it grab me. I saw the ending coming but felt so satisfied when it arrived that I didn’t care.

Calico Joe, by John Grisham. I know I know. John Grisham? Hey, what can I say. I really enjoyed this baseball book about father-son relationships. I can’t believe how fascinating this story was. My father-in-law hated this and I loved it. The insight into why players do what they do was terrific.

Buddha, by Osamu Tezuka (including Volumes 1-8, yes, you read that right, 1-8). I’m cheating but I’m not really cheating. It’s one long epic graphic novel in 8 volumes. And it’s the story of Buddha. And the covers were all designed by Chip Kidd. How can you go wrong? This is the Buddha story with a vengeance. It’s all manga from the grandfather of manga, filled with inside jokes about school in Japan, and part Monty Python’s The Life of Brian. It’s also a deep book about religion, it’s uses and misuses and yes, about why we fear death and how we as human beings can come to terms with it. My son and I read these together. Take your time reading the story and enjoy the pen and ink on the full-page panels. The detail is incredible. This is an amazing lifetime achievement.

The Drowned Cities, by Paulo Bacigalupi. Even more brutal and disturbing than Ship Breaker – more violent if you can believe it. And so disturbing reading about children making war on children. This is total heart of darkness time. Keep one eye half closed as you read, but do read it and hope that Bacigalupi writes another story that takes us back to this world. Just… no more chopping off of fingers, please! Ouch.

And my own work moves forward, slowly, but surely. If I can just keep at it I should have two books in to my agent this year. Fingers crossed. Nose to the grindstone. 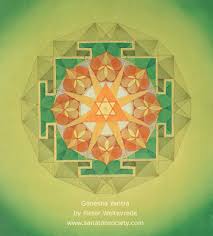