E is for Épée 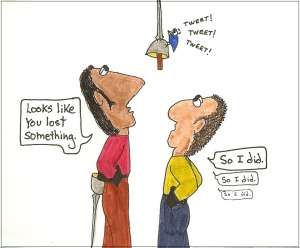 There are three competitive weapons in fencing today: foil, sabre, and épée. I have fenced épée on and off for over thirty years (more off than on, and with a tremendous amount of humility), tried sabre for a year or two and started with foil as most fencers do. The question is what’s the difference and why should you care?

I’ll tell you. The first cover of my book – the one that went on my ARC – was a dark, edgy image of a fencer in mask and full uniform. I loved it. Only one thing. It was a sabre fencer and my protagonist, Cid Wymann, fenced épée. I got another, better cover, with an image of a stage rapier super-imposed over NYC. Each is a different weapon with a different personality and type of fencer who picks it up.

This is important. Each weapon speaks to character and personality.

Foil is more structured and formal with a rule called right of way which dictates who can score and who can’t. You must extend your arm fully to take the attack. It makes foil more structured and in some ways artificial – more of a sport than a martial art. The target is only the torso, not the arms, legs, pelvis, or head. The blade is thin and bends. It can even be used in a whipping motion to score back hits in a move that has nothing to do with the martial art (hits over the shoulder and into the back?) of the sword. You can only score with the point.

Sabre is a holdover from rapier and calvary sabre days. It is an agressive and sometimes brutal sport (okay, okay, if you parry well you can avoid getting hit which is the idea. I get wacked because I’m slow with my parries). You can get bruised up because the thin metal blade is used to both cut (both sides are considered to be edged) and thrust (it has a point also). There is a guard to cover the hand and you need it. It uses the same right of ways rules as foil and is hard to follow because it is so fast. The target is the waist up but not the hands so the arms and head come into play and must be defended. Sabre moves fast and furiously. Sometimes you see sparks fly from blade contact.

This entry was posted on April 5, 2013 by Joe Lunievicz. It was filed under A-Z Challenge, Blog, Fencing, On Writing, Open Wounds .