R is for Remise

It means to attack and attack again. If your first attack misses or is blocked you do not retreat or recover. You attack again without pause. That is a remise.

It requires great confidence and nerve, sometimes leg strength for a double or triple lunge. If you pause after missing the first time and hesitate, even for a second, you lose the initiative. The remise is finished. So don’t pause. Keep going forward and attacking until you touch your point to his chest (or wrist, or arm, or head, or, or, or…). It is thrilling to do and a bit frightening to have done to you.

To defend against the remise you retreat, parry, stop thrust, or some combination of these three in order to stop the juggernaut. Cut into his attack. Get out of distance. Make him pause and hesitate, so that you can take the initiative from him.

My books original title was Remise. My publisher said it had to be changed. “It is a French word,” she said. “Nobody will know what it means.”

Open Wounds is more brutal but Remise is elegant violence.

“I am not Nadi,” Varvarinksi shouted and threw his glove onto the ground. “You want to take lesson from Nadi you find Nadi!”

“Kónchit’! No more questions. You learn. I teach! Remise is attack, then attack.”

“What do you mean?” We had been working on parry-riposté drills, Nikolai pushing me to parry later and later, and to riposté faster and faster.

Nikolai picked up his glove and épée. He cinched his leather wrist strap tight and secured the grip against his palm. “With foil you extend arm before attack. Da?”

I nodded and rolled my eyes, having heard his explanation of foil what seemed like a thousand times before.

“Good,” he said, ignoring me. “You know difference between foil and épée?”

“Yes, yes,” I said, nodding and mouthing the words with him.

“If you parry, I withdraw arm, extend again before I attack in redoublement,” he said, showing me with his blade in quick, sharply etched movements.

“That sounds French,” I said.

“Quiet!” he shouted and launched an attack at my chest so quickly I barely had time to parry. Only instead of relaxing his arm back into en garde he kept his arm extended and attacked again to my hip. I stumbled back just in time to parry his strike in seconde and retreated again, now off balance, parrying another attack to my shoulder in sixte, only the third time I was too slow and his point touched my upper arm. Nikolai didn’t stop. His momentum threw him forward and pushed his point into my flesh. I tripped over my feet and fell to the ground. My arm felt as though it had been pierced.

“Remise!” he said, looking down at me, anger seething out of his lips.

“Remise,” I repeated, my own anger building in return. I touched the bruised skin of my arm. There was some blood where the point had hit. It was sore and would be black and blue in the morning. “Remise,” I said again, quietly. The world slowed down and my senses expanded. I heard the rasping sound of gravel shifting beneath Nikolai’s front foot and the dull thudding of my heart. His breath was ragged. A high-pitched buzzing floated by one of my ears and passed around to the other.

It seemed impossible for such a large and out-of-shape man to move that fast. In drills he pushed me with his own attacks, but they were timed and rhythmic, beautiful in their own way and mesmerizing in their patterns, but never blinding in speed. I’d thought he was fast enough to touch me only if I made a mistake. Now, watching him walk awkwardly away from me, his shoulders slumping forward, his belly hanging again over his pants, my anger grew. “Why don’t you try that again?” I said, the words seeming to elongate out in front of me as if in a dream.

Nikolai stopped in his tracks, then turned to face me. “You want to fight me?” His words were crisp, dangerous. 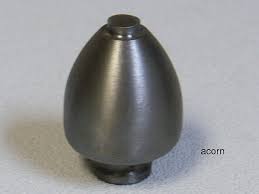 N is for Nee

We are the knights who saaaaaaaay… nee. What does this have to do with fencing? Well… they are knights…

M is for Main Gauche

It’s French for left-handed dagger. Ah the French with their lovely words for articles of mayhem.

Rapier and dagger fights are so cool.

First, they look cool. One of my favorite film fights with rapier and dagger is Errol Flynn in The Adventures of Don Juan, the final fight on the stairs. At the end he throws  his sword to the side and says, “The sword is too good for you. You die by the knife!” Then he leaps down onto him. This is a little talked about fight because it comes from a movie that is late in Flynn’s career but if you get the chance to see it you won’t regret it. It’s very tongue in cheek and quite the spectacle. There’s also a fight in a tavern that is wonderful as it’s in an enclosed space. Flynn does all his own work in this film. You can tell because all the shots of him fighting you can see his face rather than shots from behind – when a double is usually in place. As an added bonus see if you can find the clip of the film that comes from Flynn’s The Adventures of Robin Hood. They plucked the scene right out of it and integrated it into this one! Hah.

Second is that the fight with a main gauche moves very fast. The reason for this is that when you parry with your dagger you can, at the same time attack with your sword. This cuts into the time of your opponents attack. Instead of a beat of tick tack tick tack you get ticktackticktack. It can look just ferocious. When choreographed it is much more complicated and stage combatants have to really be aware of where the blades are and what each hand is doing – for the more experienced combatants only. You can also attack with the main gauche as an added bonus in case you close the distance or want to get someone away from you who is too close.

Third and finally, there is something about a dagger, of any sort that just seems dangerous. A knife expert told me once that if anyone ever pulled a knife on him he would get the hell away as fast as he could. Why? Because in knife fights fatalities are common. You’re just too close to miss. So good advice. As they say in Monty Python and the Holy Grail. Run away!